Em 2011, Vinod Khosla, numa palestra na Índia, disse: “A Índia tem hoje, 300 milhões de pessoas que tem celular e não têm banheiro, ou seja, entre comprar um celular ou um banheiro, optaram pelo celular.”
Keynote: What gets Vinod Khosla excited even after 30 extraordinary years
Enviado em 28/11/2011
What are the trends that will shape the technology industry in the next decade? And what does it mean to India? As an extraordinary player at the epicenter of innovation for the last 30 years, Vinod Khosla will share his views.
https://www.youtube.com/watch?v=6wDuv9oIrjA 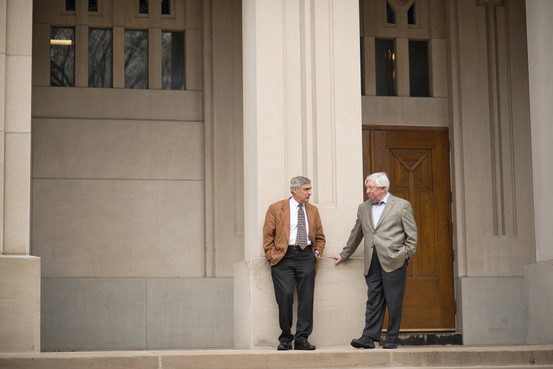 Britain must stop lecturing China over human rights and start learning about Chinese culture or risk being marginalised in the new world order, a leading authority on China has warned.

Speaking at an event in Yorkshire, the author and academic Martin Jacques questioned whether the declining West could “grasp the future” and engage with China, which earlier this year overtook the United States as the world’s largest economy in purchasing power parity.

The shift in global power will have a profound political, intellectual, cultural and moral impact on international affairs, added Mr Jacques.

Mr Jacques said: “Britain is still caught in an obsolescent mindset, where we are still living in a world we are accustomed to rather than a world that is coming into existence.

“This requires a dramatic change in the way in which we think of ourselves and we think of the rest of the world and our place in the world.

“The arguments over Britain’s relationship with the European Union are a sideshow because that’s arguing over the placement of the furniture, it is not arguing about the shape of the house.

“The shape of the house is going to change very profoundly.”

The author of best-selling book When China Rules The World was speaking at an event to commemorate the 10th anniversary of a partnership between Leeds Metropolitan University and the College of Management at Zhejiang University of Technology, Hangzhou, China.

He explained to an audience of Yorkshire business leaders and academics how China, a nation of 1.3bn people, has been through a process of radical transformation since launching a programme of reforms in 1978.

China’s economy has grown at a rate of 10 per cent a year and by 2030 is forecast to be twice the size of the US economy and greater than the US and European economies put together, according to Mr Jacques.

He said Chinese people are very optimistic about their future prosperity, compared to those in the West who are displaying levels of pessimism not seen since the 1930s.

But as China becomes the dominant global player it is a mistake to think it will become more Western, argued Mr Jacques.

“This is own hubris, this is our own arrogance. China is different,” he said.

Instead, the West must work to understand China and its history and culture, he added.

Mr Jacques described China as a “civilisation state” with more than 2,000 years of history, which places great importance on unity, stability and order.

In contrast, the default mode of Europe is fragmentation into lots of nation states, he said. And just because past empires of the West were aggressive and expansionist, it does not follow that China will be the same; Mr Jacques said China has a “stay at home” sense of universalism. He added: “Their attitude is ‘we are the most developed part of the world, our culture and our civilisation is superior to all others so why would we want to step outside China into darkened shades of barbarity?’”

China will seek to exercise its power and influence, but through economic and cultural means rather military or political, he added. As a consequence, for Westerners the world will become increasingly less familiar.

“We have been very privileged. The furniture of the world has been our furniture, our creation. That’s not going to continue in the future,” he warned.

“The question is, can we adapt to this? This is going to be an enormous historical shock.”

In response, Britons should learn Mandarin and political leaders should stop lecturing their Chinese counterparts over human rights and learn about Chinese culture.

Alas, we remain far too ignorant about the country, too often resorting to cliché

The visit of the Chinese prime minister, Li Keqiang, to London last week is the latest illustration of a huge shift that is taking place in Sino-British relations. On taking office, the Coalition government talked about the importance of emerging markets such as China but did little. Then David Cameron met the Dalai Lama in 2012 and the Chinese put us in the deep freeze for 18 months. But, to its great credit, once normal relations were resumed, the Government lost no time in seeking to place the relationship on a different footing. In Beijing last December, Cameron spoke of Britain and China becoming “great partners”.

A month ago, China overtook the US to become the largest economy in the world by one measure. By 2030 it is projected that the Chinese economy will be twice as large as America’s and larger than the European Union and America combined, accounting for one third of global GDP. This is the world that is coming into being, that we must learn to adapt to and thrive in. It is a far cry from the comfort zone we are used to, a globe dominated by the West and Japan: in the Seventies, between them they were responsible for two thirds of global GDP; by 2030 it will be a mere one third.

A trade-dependent island such as Britain must embrace the future, and it is abundantly clear that China is the future. Other European countries, notably Germany, have been quicker to recognise this. Last year our exports to China were worth $10.1 billion, compared with Germany’s $73.4 billion and France’s $19 billion. We have a lot of ground to make up. One problem is that Germany’s manufacturing is bigger and more competitive than ours and produces a range of products, from capital goods to motor cars, that the Chinese crave. But we are beginning to turn the corner; at last we seem to have the right mindset.

The latest slew of agreements shows what China has to offer. BP agreed a deal worth more than £5 billion to supply liquefied natural gas to China. British exports of lamb and beef to China will be resumed after the lifting of a 30-year ban after our BSE outbreak.

It is the infrastructure deals, though, that catch the eye. There is an obvious synergy. Like other Western nations, we are cash-poor and the Chinese are cash-rich and looking to invest. The Chinese, moreover, are the global experts on infrastructure; we have long neglected ours. Chinese financial involvement in the new $16 billion Hinkley Point C nuclear power station, and others to follow, makes total sense. Chinese participation in the development of our high-speed rail system would be a logical step.

Our economic relationship with China extends well beyond trade. The role of the renminbi (the Chinese currency) is expanding rapidly and there is much competition in Europe and elsewhere to share in its fruits. The City of London is now a serious contender to become the premier European centre for renminbi business. Belatedly, the British government has agreed to simplify the visa procedures for Chinese tourists who wish to come to the UK. As Chinese living standards rise, the number of Chinese tourists is increasing exponentially and we need to make sure that we don’t miss out on a lucrative market. The numbers are vast and they are the biggest spenders of all.

Critical voices have been raised about these agreements. Human-rights abuse is a frequent refrain. Sure, there are still serious problems, but the huge progress that China has made in this area over the past 30 years is often ignored. And its achievement in taking more than 600 million people out of poverty – the most important human right in a developing country – is historic.

At the heart of the future is China. Alas, we remain far too ignorant about the country, too often resorting to cliché. China has much to offer, and we have much to learn about it. The Government’s shift is to be warmly welcomed. “Think China” should be the guide to the way we think about our future.

According to the International Comparison Programme of the World Bank, later this year the Chinese economy will become larger than that of the United States measured by purchasing power parity. Already, by the end of 2011 it was 87% of the size of the US economy. The United States has been the world’s largest economy since 1872 when it overtook the UK. The Chinese economy had previously been expected to overtake the US economy in 2019, in other words five years later. Despite the bearish sentiments of many western commentators over the years, the Chinese economy has consistently outperformed the predictions about its rise.